Consider yourself guests in the house of nature and behave accordingly, leave behind only the shadow of your steps and take away only unforgettable photos and emotions! 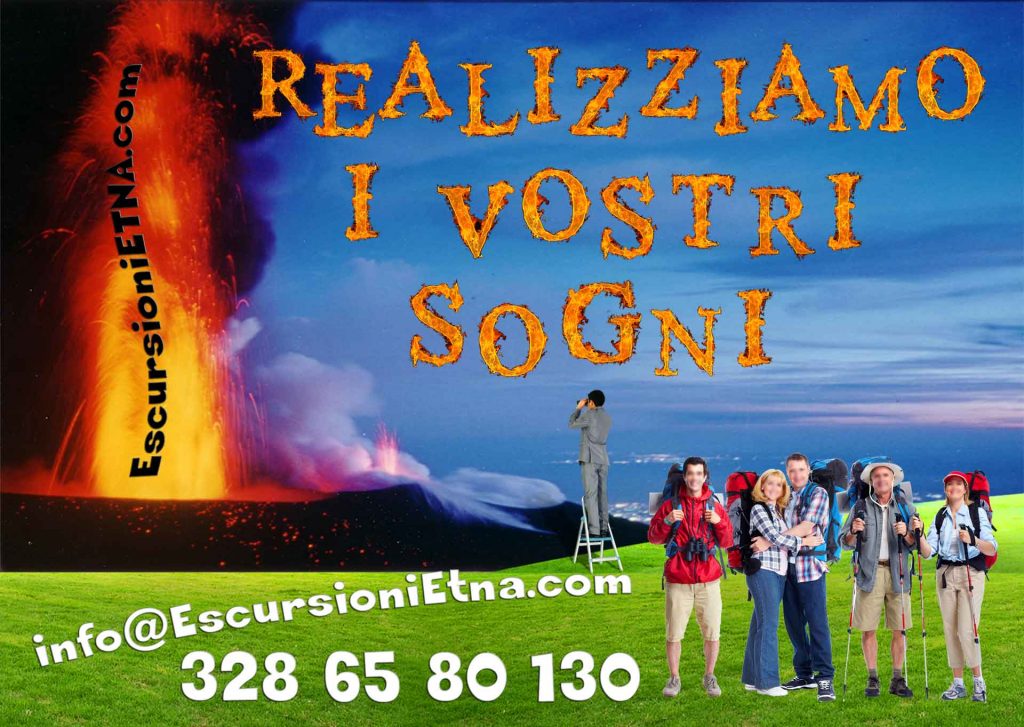 Etna excursions for all tastes

Every day we carry out unforgettable and exciting Etna excursions for: 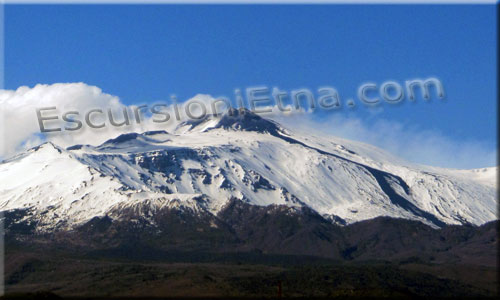 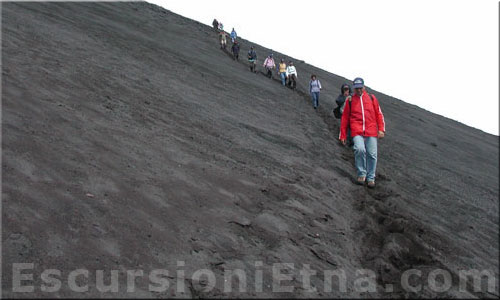 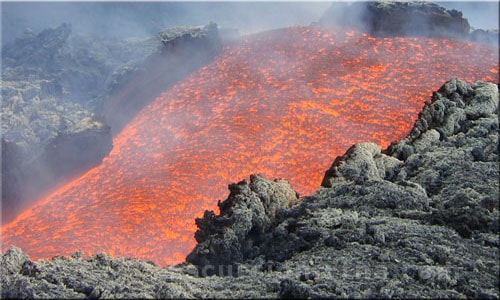 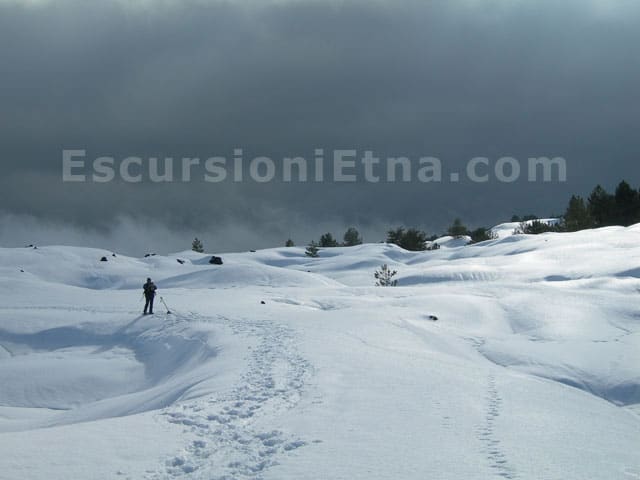 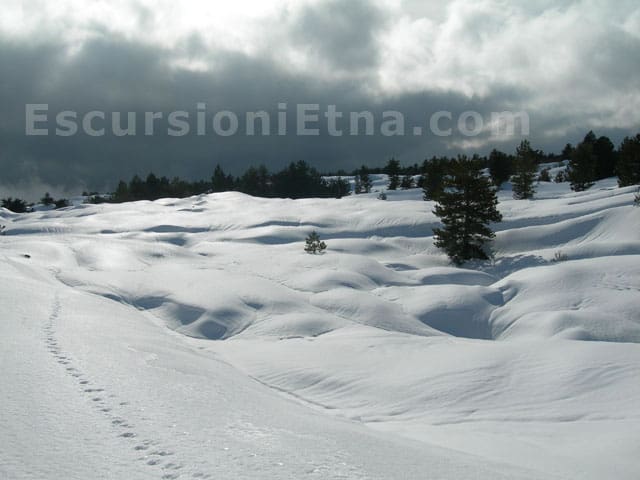 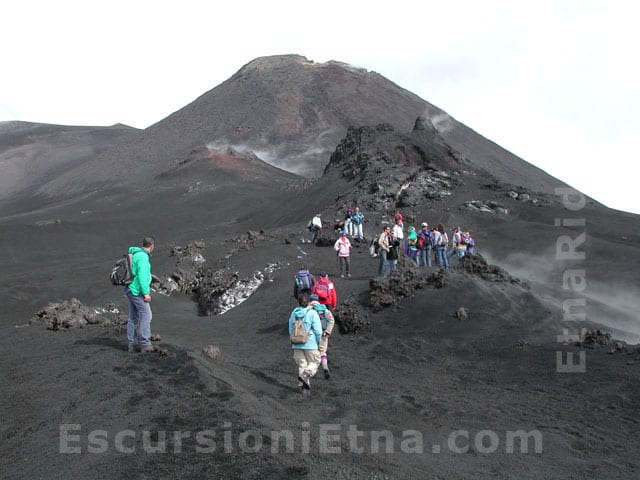 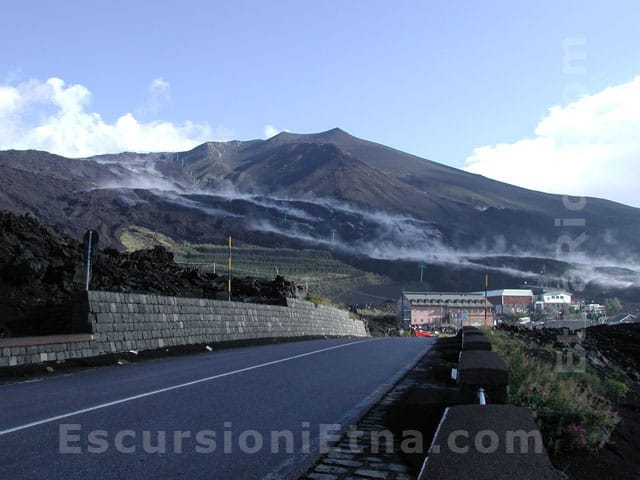 I am just writing to you to thank you for the wonderful guide you provided us with for our trip on Mount Etna. Danilo gave us two brilliant days. We had beautiful walks with such variety. We saw so much and what with him being a Vulconologist we learned so much about Etna and volcanoes.

I am part of a walking club here in Cork and would have no hesitation in recommending your company and Danilo to anyone who is interested in travelling to Sicily.

Thank you so much.

Best regards, F.K.
Mount Etna, the hightest active volcano in Europe, placed on the eastern side of Sicily between the Alcantara and Simeto rivers, dominates the whole province of Catania with its bulk.

It has always benn an important winter sports resort with a powerful net of ski-lift; moreover, naturalist itineraries and trekking have recently had a particular increase. These activities have also let to find out the charm of this extraordinary naturalist oasis. This is Etna Excursions!!

In ancient times, Mount Etna was identified as Vulcan’s forge; it was called “sky colums” by Pindar and “gebel” (mountain) by Arabs.

Mount Etna is a “young” volcano: its first eruptive manifestations, in facts, date back to little over 500,000 years ago. Its volcanic structure, which is at present about 3.350 metres in height owes its origins to two large volcanoes: the Trifoglietto, which has trought the centuries generated the large depression called “The Ox Valley”, and the Mongibello, which is at present in permanent activity.

Etna Excursions, Its top part is made up of the Central crater (chasm and mounth), the North-East crater (1911) and the South-East crater (1971). The top areas of Mount Etna can be reached through a pathway of about 34 Km, which starts from Catania, crosses Mascalucia and reaches Nicolosi, from where you move to reach the Square of the Cableway, a complete axis of facilities such as parking, restaurants, souvenir shops, a first-aid station and mountain rescues, ski schools, facilities hiring: all this is available at 1.910 metres above sea level.

Besides the variety of ski activities available on the volcano (skiing, mountaineering, cross-country skiing, etc) a variety of excursions can be added, from the naturalistic ones to the speleological ones, with or whitout guide, all the years rounds.

“Etna Excursions” organizes also tours of one or more days on foot, in mountain-bike or with donkeys.

For any information please send us a